Film / I Know Who Killed Me 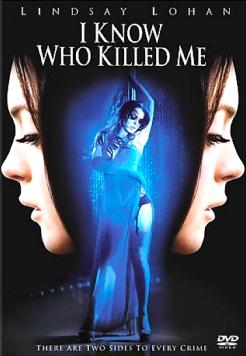 I Know Who Killed Me is a 2007 American psychological horror film directed by Chris Sivertson, written by Jeff Hammond, and starring Lindsay Lohan.

Aubrey Fleming (Lohan) is your average Teen Genius. She plays piano. She gets good grades. She has a boyfriend. Things are going insanely well for her, until one day when she just...vanishes.

She's found a week or so later, missing a hand and a foot. However, the person who winds up in the hospital bed insists that she's not Aubrey Fleming, but rather is an identical stripper named Dakota Moss. Aubrey's family decides to take her in, even after an unexplained cut appears on her arm. However, Dakota's still not convinced that she's really Aubrey, and starts to figure that the unexplained cuts and amputations might have also happened to the real Aubrey Fleming...

I Know Who Troped Me: