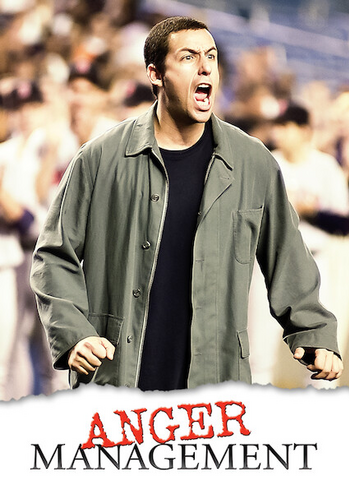 The story is about a timid man, David Buznik (Sandler), who is enrolled in Anger Management after he incurs the wrath of Selective Enforcement by lightly tapping a flight attendant on the arm. Hilarity Ensues when the judge assigns him a Cloudcuckoolander named Buddy Rydell (Jack Nicholson, whom he met on the airplane) as his therapist.

Was adapted into a TV series with the same name on the FX network, starring Charlie Sheen and Selma Blair, with Charlie as the main character who is a former baseball player with anger issues and is also a therapist.