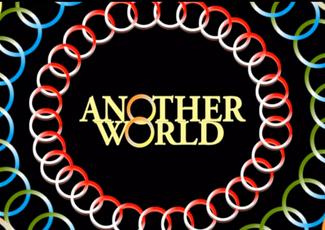 Long-running Soap Opera created by Irna Phillips and William J. Bell, which aired on NBC from 1964-1999. Notable in the soap genre for several reasons: It is one of the few American soaps to engender a spin-off (two direct spin-offs, Somerset and Texas), and one indirect spin-off (Friends and Lovers/For Richer, For Poorer). Historically, it's was the first soap to expand to a full hour and, during an ill-fated ratings experiment, the only one to air for 90 minutes daily.

Set in the fictional Bay City, the show originally revolved around the super-wealthy Matthews and Randolphs. The show really hit its stride when it introduced the backstabbing social-climber Rachel Davis (originated by Robin Strasser, but most famously played by Victoria Wyndham) and her quarry, scion Steven Frame, and the love triangle between them and Alice Mathews. In the 1970s, the show moved its focus to the newly arrived Cory family, and discovered an unlikely super couple in Rachel and Mac Cory, which ignites a rivalry between Rachel and Mac's daughter Iris. The 1980s introduced several more long-running characters, including bon vivant writer Felicia Gallant, slick attorney Cass Winthrop, emaciated supervillain (and later Byronic Hero) Carl Hutchins, and the Love family (Donna and her twin daughters Vicky and Marley), with Rachel elevated to the top of the pantheon.

Another World had a tendency to reinvent itself quite a lot, even more so than other long-runners, as evidenced by the ever-changing titles (The lyrics above are from the faaabulous 1987 sequence.) Today it is most remembered for being replaced with Passions in the daytime slot.