Literature / Scream of the Evil Genie 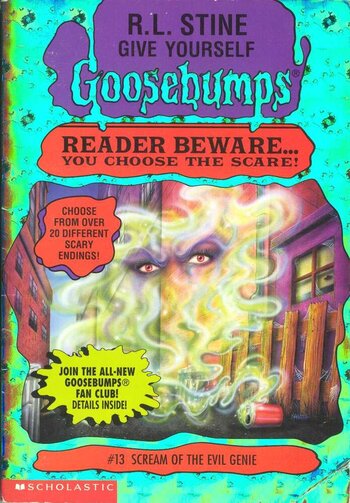 Scream of the Evil Genie is the thirteenth book in the Give Yourself Goosebumps Choose Your Own Adventure series based on R.L Stine's Goosebumps series.

When you get home from school, you open a can of soda, and out comes a genie named Jenna, who grants you three wishes. What do you wish for? Riches? Beauty? Fame and Fortune? Whatever it is, better be careful, because if you don't word it right, it might ruin your life!