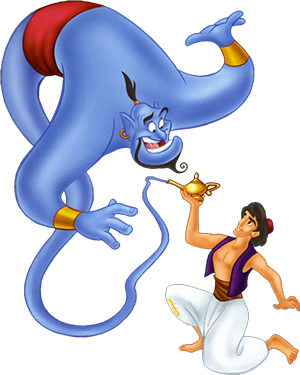 This index is for works that focus on genies (also called djinn, jinn, or jinni). A work just having a genie does not qualify. The genie must be one of the main characters, the main threat, or otherwise central to the plot. Such works will invariably make use of one or more Genie Tropes.