Film / Wishmaster 3: Beyond the Gates of Hell 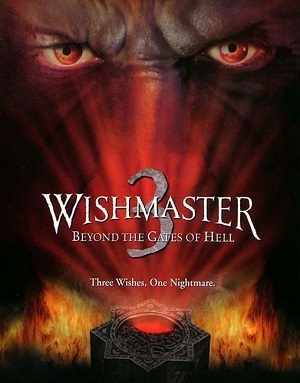 Wishmaster 3: Beyond the Gates of Hell is the second of three Direct to Video sequels to Wishmaster.

A Djinn is released from his prison, this time at an American college, where he proceeds to wreak havoc to compel the summoner to make her wishes and release his brethren.