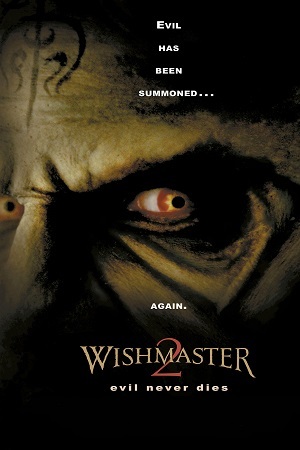 Wishmaster 2: Evil Never Dies is the first of three Direct to Video sequels to Wishmaster.

During an attempted museum robbery, the Djinn (Andrew Divoff) is accidentally released from his prison. To open the portal to the Djinn dimension and conquer the world, he must first collect 1000 souls.