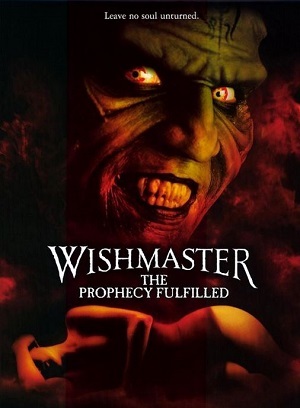 Wishmaster 4: The Prophecy Fulfilled is the third and final of three Direct to Video sequels to Wishmaster.

A Djinn is once again released, this time when a lawyer buys a jewel from an antique store as a gift. He kills him to assume his form, but his quest becomes complicated when the summoner asks for a wish only she can grant.