Literature / Castle in the Air 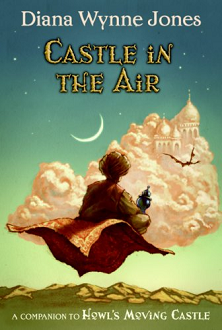 A companion piece to Howl's Moving Castle, written by Diana Wynne Jones. The story centers on Abdullah, a moderately successful carpet merchant who daydreams of adventures and beautiful princesses. That is, until a stranger sells him a magic flying carpet and all his dreams begin coming true.

Like Howl's Moving Castle, the story lampshades, subverts and plays with various tropes related to the Arabian Nights.