Literature / House of Many Ways 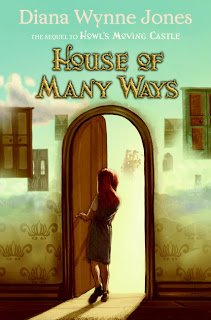 House of Many Ways is the second sequel to Diana Wynne Jones's novel Howl's Moving Castle.

It is set two years after the preceding book, Castle in the Air, since a child born in that book is now two years old. Again, a new protagonist is introduced as the book follows the story of Charmain, a sheltered bookworm who is assigned to caretake a cottage for her Great Uncle (who is also the Royal Wizard) but soon discovers the cottage is a magical labyrinth in disguise. The cast of the first book are given more involved roles than their cameo appearances in Castle in the Air, but still stay secondary to Charmain's plot.

House of Many Ways provides examples of: