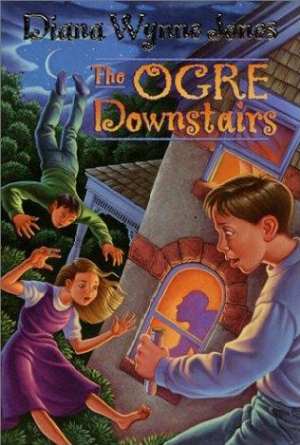 The Ogre Downstairs is a children's fantasy novel by Diana Wynne Jones.

Caspar, Johnny, and Gwinny's mother has remarried, and they don't get on with their new stepfather, who they privately refer to as "the Ogre", or his two sons, Malcolm and Donald. As a peace offering, the Ogre buys them a chemistry set, which turns out to be magical. Hilarity Ensues.