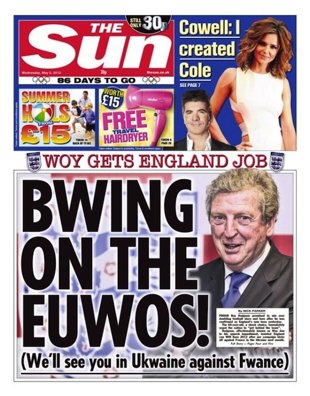 The condition where characters (especially the cute ones) talk with the L's and R's replaced with W's in their words, along with the softening of hard suffixes such as "-er." In Real Life, the latter condition is called rhotacism,

a term that must have been constructed specifically to make those who have the condition unable to say it without invoking it.

Not to be confused with Baby Talk, which is deliberate. Can result in Got Me Doing It. In no way related to Porky Pig Pronunciation. For a Love Interest affected with this, see Speech-Impeded Love Interest.

Here's this article in Self Demonstrating.