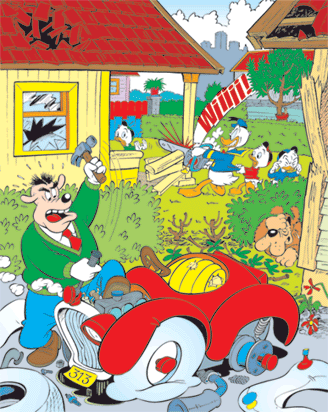 "Of course, you realize this means war!"
— Bugs Bunny
Advertisement:

In a sitcom, one character does something slightly bothersome to another. The other retaliates, but does the first character one better; which the first character tries to top; and so on for the remainder of the episode. At some points it will enlarge with scary speed, in which Disproportionate Retribution is in effect.

Specific variant: Truth-Telling Session. Compare to Zany Scheme Chicken. Cycle of Revenge is the noncomedic and often bloody version of this trope. Not to be confused with Lensman Arms Race, which is this in an actual war.