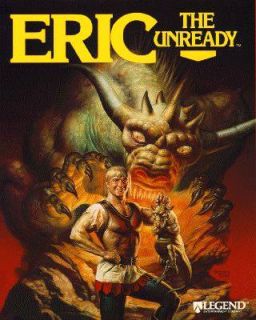 Oh yes, you did it! You got the beast! Now what will you do about the mommy?
An Interactive Fiction game by Steve Meretzky, released by Legend Entertainment in 1993.
Advertisement:

As The Klutz knight Sir Eric the Unready, you must embark on a quest to end all quests — save the princess from an evil plot to take over the kingdom! And, of course, earn some respect for yourself, you unlucky buffoon, you.