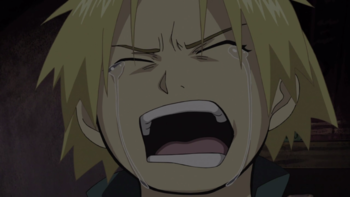 "He's my little brother; he's all I have left!"
Advertisement:

For a series that revolves around the necessity of humanity and hardships, there's obviously going to be some intensely emotional moments that will either make you cry Tears of Remorse or Tears of Joy.