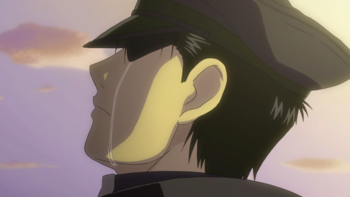 It's a terrible day for rain.
Some scenes in anime just know the right way to tug at your heartstrings. Yes, Sacchin... we know. It is sad, isn't it?

The following series/franchises have their own pages:

Note: If a series has a Main page, create a new subpage for Tear Jerkers rather than listing it here.