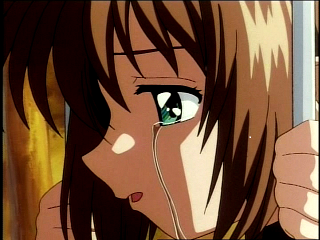 I’m not really sure why it is – I feel like tears are going to fall. But if I cry or make a sad face, I’m sure the tropers would be troubled.

The first manga and anime: