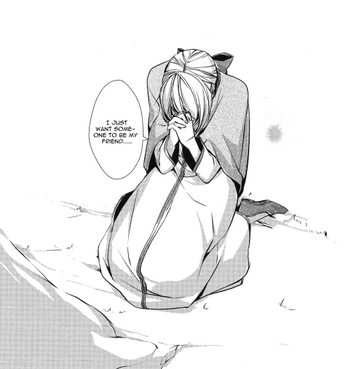 "Just one friend...Would be more than enough." note  Her most notable friend she made? The very person who ordered the destruction of her hometown.

Such a big part of the series is the tragedy that occurs from simple human foolishness, and as such there are many moments sure to tug on the heartstrings.