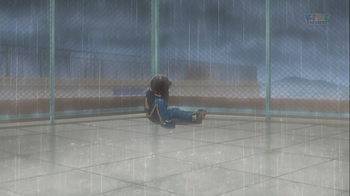 Usually overlaps with or leads to a Heartwarming Moment. It can also overlap with The Woobie.