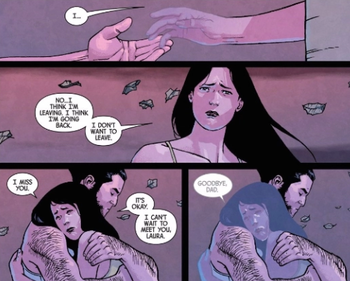 Guys in spandex beating each other up? Cool (sometimes). Guys in spandex suffering horrible injuries? Tear-inducing... if they stick (which usually doesn't happen).

Examples with a page

Examples without a page