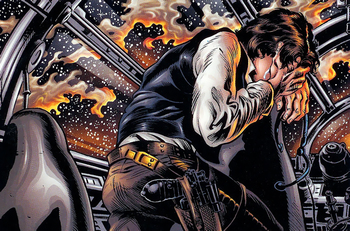 I have failed you Chewie
Advertisement:
open/close all folders
Literature
Comic Books