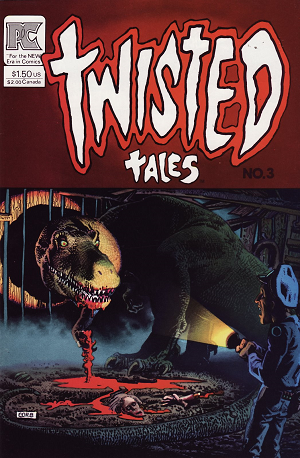 "Hold on to your butts."
Advertisement:

Remember when you were a kid, and you wanted to read Spawn, but your mom was a total square and said no? After reading some of the more adult-skewing comic books out there, you might begin to think that she was more concerned about your sleeping patterns than the book's material...

Stand-Alones, Indies, and Others

Examples in this section are in alphabetical order by series.