The Mask is pretty damn scary, so read at your own risk. Nightmare Fuel for Son of the Mask goes here. 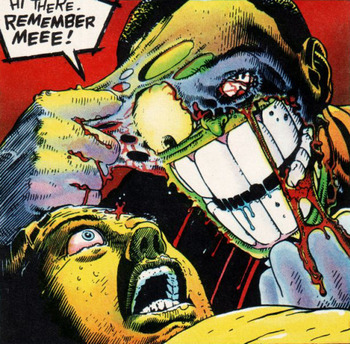 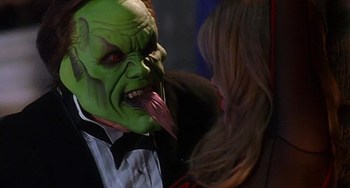 I WILL BE YOUR HOST FOR THE REMAINDER OF THE EVENING! 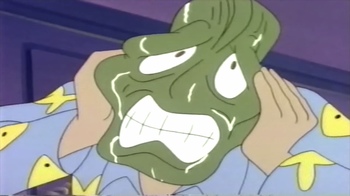 Even when in animated form, it still looks like it hurts.