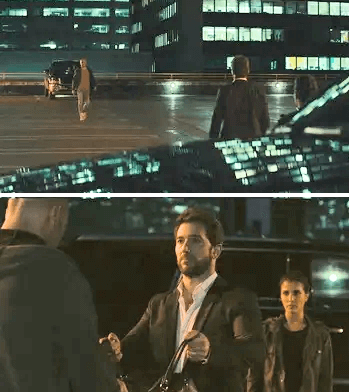 Picking up your ransom can be tricky because it's the obvious way to physically track the money to the kidnapper. To avoid this fate, a convoluted sequence of events is engineered to avoid detection. Switching trains, phone directions, identical bags and so on may be required. Most of the times, ransom exchanges will be done at either secluded/abandoned places like a Parking Garage or public places to avoid drawing the attention of law enforcement and intelligence agencies alike. Expect an order to Come Alone.

Most thrillers with a kidnapping will have a stab at including a novel method.