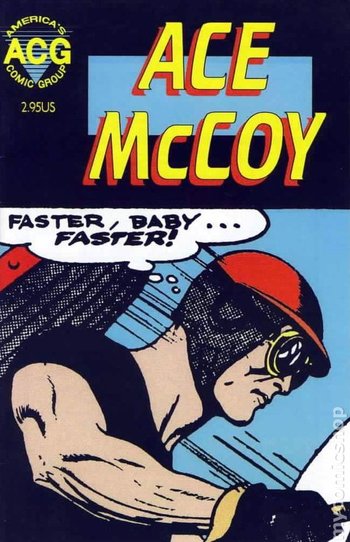 Ace McCoy is an Adventure hero from The Golden Age of Comic Books, published by Ace in Sure-Fire Comics #1-3 and Lightning Comics v1 #4-5. He's a crack pilot who solves crimes for the federal government with his mechanic and sidekick Bill Regan..