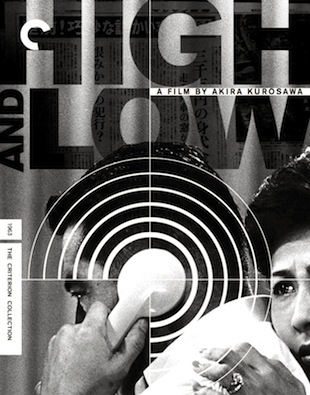 Tengoku to Jigoku (English Title: High and Lownote The Japanese title literally means "Heaven and Hell") is a 1963 film directed by Akira Kurosawa and starring Toshiro Mifune and Tatsuya Nakadai, based on King's Ransom, an 87th Precinct novel by Ed McBain.

Kingo Gondo (Mifune) is a wealthy executive (the factory manager) for National Shoes. He's caught in a power struggle between a trio of directors who want to wrest control from the company's president, and the autocratic president himself. Behind the scenes, he's arranged a leveraged buyout that will give him control of the company so that he can run it his way. Just as he's committed himself to this course of action, mortgaging everything he has, Gondo is informed that his child Jun has been kidnapped, and the kidnapper demands a ludicrously high ransom.

Gondo is prepared to pay even if it ruins him, but then learns that his son is safe. Instead, the kidnapper has accidentally taken Shinichi, the son of Gondo's chauffeur. Gondo must now struggle with the moral dilemma of either bankrupting himself for another man's child...or letting the child die at the hands of the kidnapper.

While Gondo suffers from this dilemma, and the results of his decision, the police, led by Chief Detective Tokura (Nakadai) attempt to match wits with the kidnapper and bring him to justice.

Do not confuse with the High&Low franchise by EXILE TRIBE, also Japanese made.