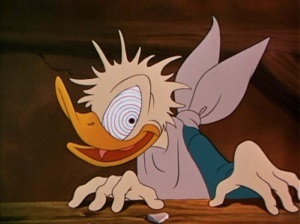 Even the sweetest disposition has their limits.
Advertisement:

Expected any less from the foul-tempered bird? Boy, are you in a surprise when you see just how deep Donald Duck's behavioral issues run.