Given that the original show has a surprising amount of creepy content, it should be pretty obvious that the comics based on the show have some pretty freaky stuff as well. 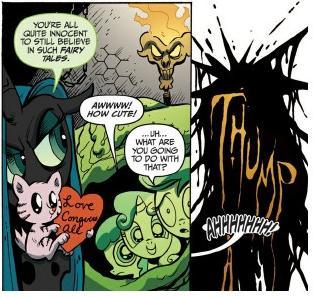 Who would thought this was suitable for kids?!!?note We'll just stick with the more suitable and child-approved TV-Y rating.