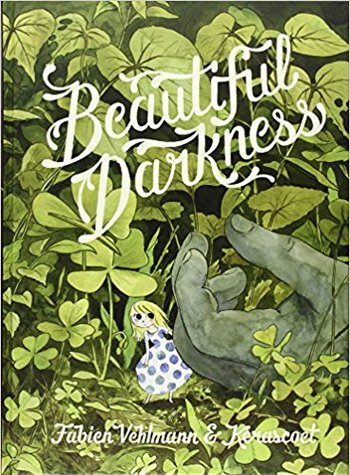 A French Fairytale/Horror comic book co-authored by Fabien Vehlmann & Kerascoët, which contrasts beautiful, bright watercolors with horrific imagery and brutal death. A group of tiny people makes a home out of the corpse of a little girl who died in the woods, but as the girl's corpse deteriorates, so does the fairy society. They quickly descend into Lord of the Flies-esque anarchy and violence.