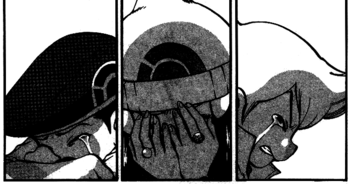 Pictured above: the natural response to these entries.