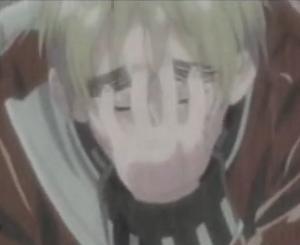 And they say the series is 100% comedy...
Advertisement:

It's usually a silly (and potentially offensive) series poking fun at National Stereotypes, but occasionally (if not almost as frequently), Hetalia: Axis Powers offers its share of tear jerkers.