In a movie about love, you must have some of these. 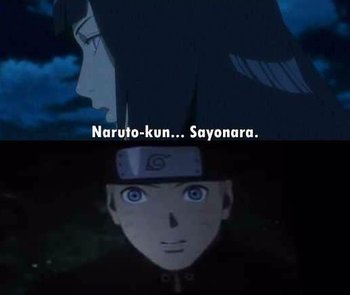 The pain in this moment cannot be explained in words.