Heartwarming / The Last: Naruto the Movie

Expect to have a lot of these in a movie centered around Naruto and Hinata's love. 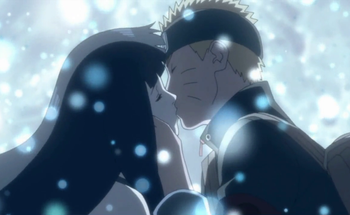 Fans waited 15 years for this. Was it Worth It? Every second!

This movie made reality something that a huge part of the fandom had been waiting for for 15 years. Unsurprisingly, there's a ton of content celebrating Naruto and Hinata's love that will just melt your heart. Not only from fans (and there's a lot of it, not stopping any time soon...if ever), but from official sources as well! Here are some stand out examples: