While the movie is certainly filled with awesome and funny moments, the Naruto franchise does not shy away from sad moments. 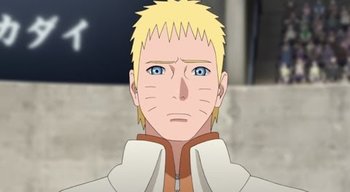 The look of disappointment has never been portrayed so poignantly.