The true final movie in the Naruto franchise about the next generation of ninja has several moments that will warm your heart: 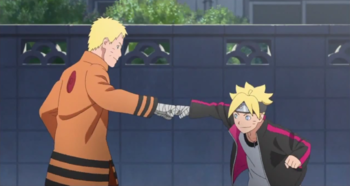 Fist bump of love between parent and child.