As awesome as the movie about the next generation can be, at times, the story still manages to freak you out. 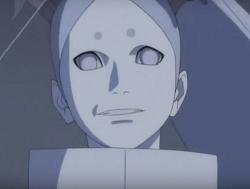