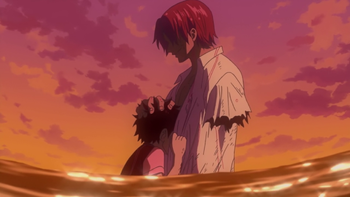 And this one's from the back story. From the first arc. In the debut chapter. Then it goes From Bad to Worse. (Fortunately, things get better.)
Advertisement:

Though One Piece is a long-running pirate adventure series, it has some very emotional moments. Here are a few examples that show just why. 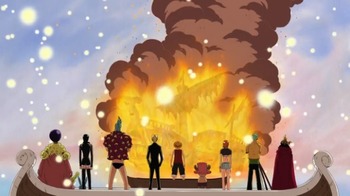 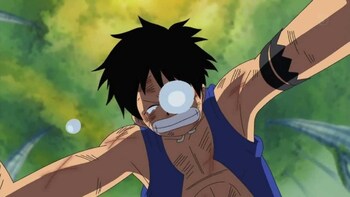 "I couldn't save any of them!"
Impel Down Arc
Marineford Arc 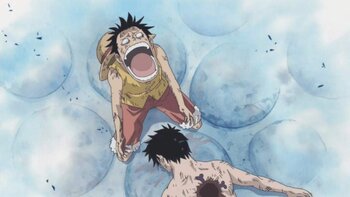 A.k.a. Whitebeard War or the Paramount War. A war is never pretty, and when it's Oda telling the story... Get ready for a pair of tissue, because to say that this arc is a massive tearjerker would be an understatement.
Advertisement:
Post-Marineford Arc 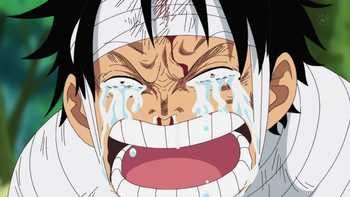 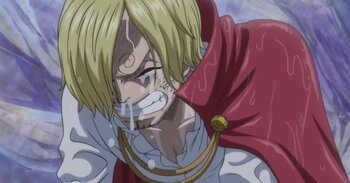