As this is a Tearjerker page, all spoilers will be left unmarked. You Have Been Warned! 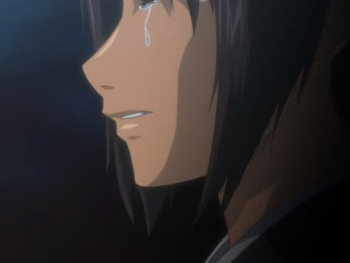 Hinamori becomes just one of many tragic tales in this series.
Advertisement:

For all its awesome, hilarious, comforting and creepy scenes, did you really think Bleach wouldn't have its gut-wrenching moments either?