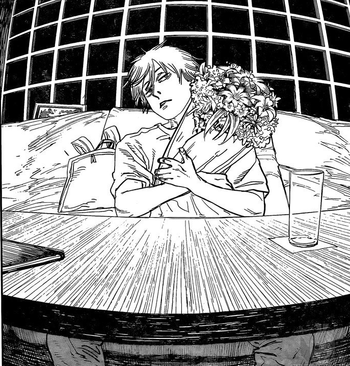 She didn't come to meet him.

From the author of Fire Punch comes even more depressing nihilism!