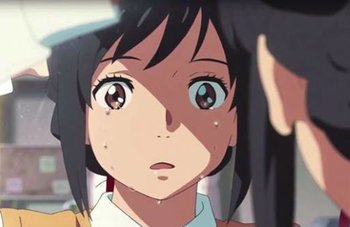 "Why am I crying?" indeed.
This is Makoto Shinkai's work we are talking about here. There are bound to be a few tearjerkers...