Characters who appear in the anime film Your Name and their associated tropes.

Warning! As per Handling Spoilers, no trope listings will be spoiler-marked. As some may by their very name constitute spoilers, read on with caution! 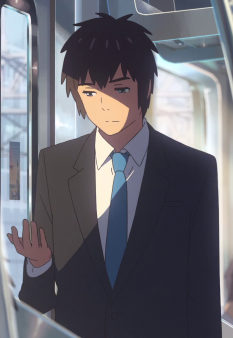 The male protagonist of the movie. A 17-year old boy living in Tokyo who works part time at a restaurant. 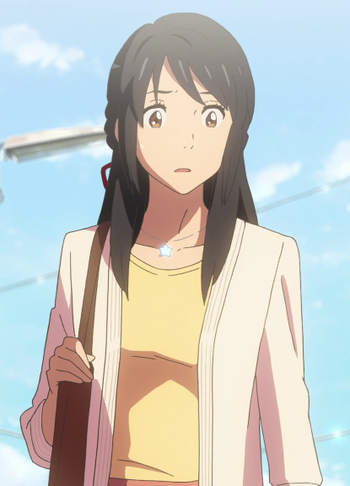 The female protagonist of the movie. A 17-year old girl living in the rural town of Itomori who also serves as a priestess in her family shrine. 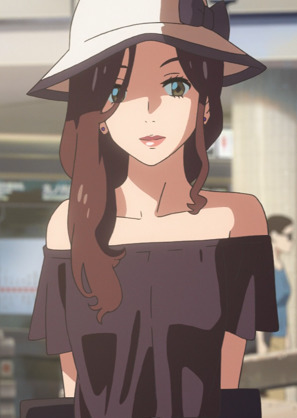 A university student working part time in the same restaurant as Taki. She is Taki's initial love interest. 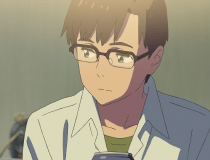 One of Taki's friends from high school. 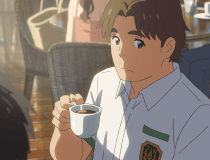 One of Taki's friends from high school.

Mitsuha's maternal grandmother, the town priestess and the matriarch of the Miyamizu family. 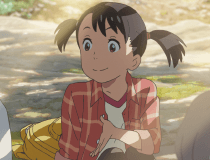 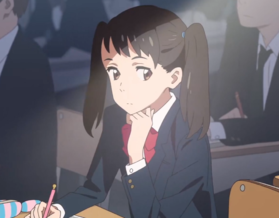 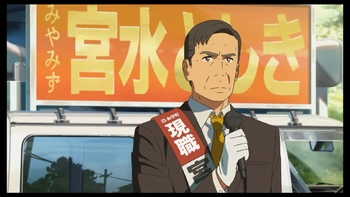 Mitsuha and Yotsuha's estranged father, who is also the town mayor. Originally a folklorist from outside Itomori, specifically from the Mizoguchi clan of Nara but based at Kyoto University, who visited the town, he fell in love with Futaba, the daughter of the town priestess, and fathered Mitsuha and Yotsuha with her. Following his wife's tragic passing, he became estranged from his family. 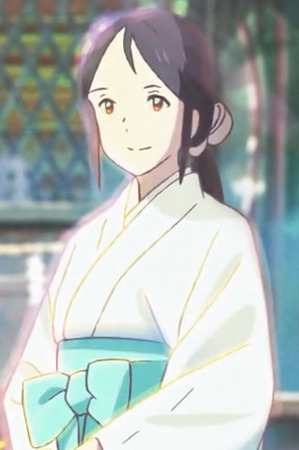 Mitsuha and Yotsuha's deceased mother. The intended heiress to the Miyamizu lineage. 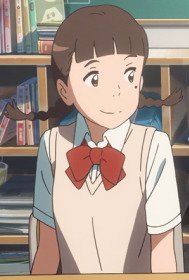 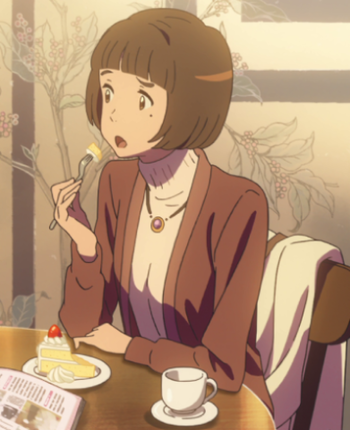 A friend of Mitsuha and a member of her school's broadcast club. According to the novelization, her sister is the one who normally makes the daily broadcast on the town wireless, and it has been a family tradition. 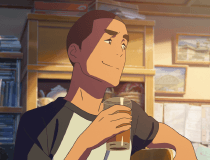 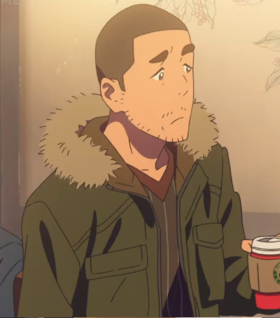 A friend of Mitsuha who is often referred to as Tessie. He works part-time as a construction worker for his father. 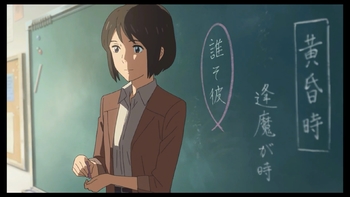 Mitsuha's Japanese literature teacher and the female protagonist of The Garden of Words.