Characters / You Are Being Summoned, Azazel

Characters of You Are Being Summoned, Azazel. Page in construction, contributions are welcomed. 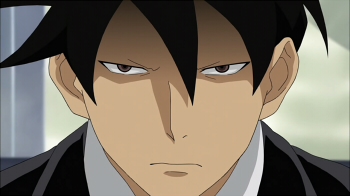 Akutabe is a detective that specializes in using demons. He is very knowledgeable in the occult, and uses this knowledge to overpower the demons, even enabling him to block a powered up "divulgence" spell from Beelzebub. He is Sakuma's employer as well as a mentor. He will summon demons to do his bidding and will often mistreat them if they annoy him or mess up their assignments. He is shown to be cruel and rather sadistic, causing even demons to be afraid of him. 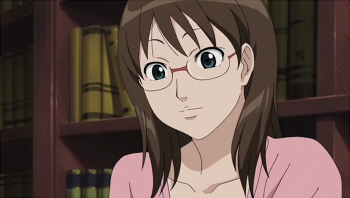 Rinko Sakuma is a university student and part-time assistant of Akutabe. Young and naive, she is just starting to learn about the power of demons. She is bound in a contract with the demon Azazel. 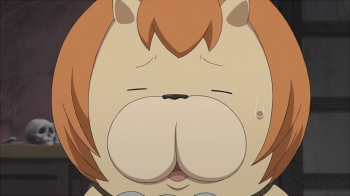 A dog-like demon who is the title character. He is a pervert who gets never-ending enjoyment in sexually harassing others, especially Sakuma. He is also deathly afraid of Akutabe, who tends to abuse him when he gets out of line or fails to accomplish a goal. His ability is called Lewdness, which gives him the ability to incite lust. His powers range from making people attractive, unattractive, and even cause impotence. When Akutabe ended their contract, he became contracted with Sakuma much to her chagrin. 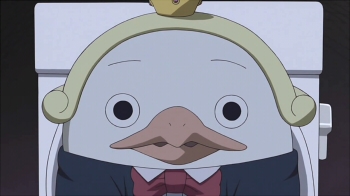 A childhood friend of Azazel who is a part of an elite family of demons. Despite appearing to be a bird, he is actually a fly demon who eats feces much to the disgust of those around him. He also has an ability called Divulgence which gives him the power to make others reveal their hidden selves ranging from revealing the side of them they don't want people to see, to forced defecation. He can also use goat dung as a doping drug, making his attacks considerably more powerful. Azazel's nickname for him is Bēyan (べーやん). 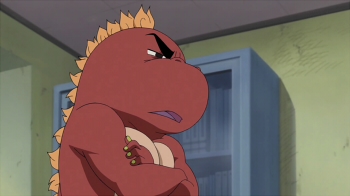 Salamander is a red lizard-like demon who was originally summoned for personal, selfish reasons, but because the summoner was an amateur, Salamander ended up possessing him. Salamander has an ability called Revolution which makes people believe their own words when they say things they don't truly believe. He always carries a Katana that is strapped to his waist. Azazel's nickname for him is Manda-han (マンダはん). 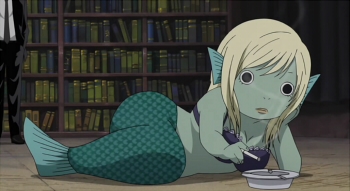 Undine is a mermaid demon, with the ability to take on human form. She has fallen in love with Akutabe much to his chagrin. Her ability is Jealousy by which she can change the world around herself. When she is happy, these curses are undone. 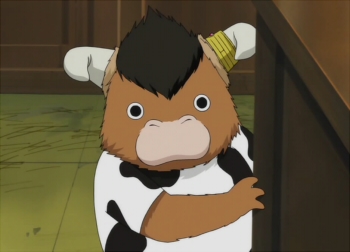 A bull like demon under Akutabe's control. According to Azazel and Beelzebub, he is the most violent demon in Hell and both are evidently scared of him, especially when he is angered. Akutabe praises him as a demon on a higher league then his other demons and explained that he has the ability called Violence though what it does is unknown. He was apparently killed when Sariel took his grimoire to heaven. His nickname is Mossan (モッさん). 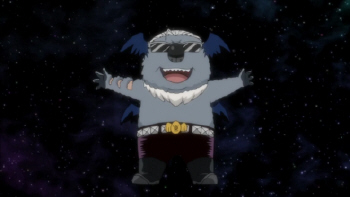 One of the most powerful demons, he is the Lucifer of Biblical legend (although it's not quite clear if he really is a fallen angel or not). His ability is manipulating time, enabling him to bring back something that was destroyed or make a person older or younger at will. His sacrifice is "weed." 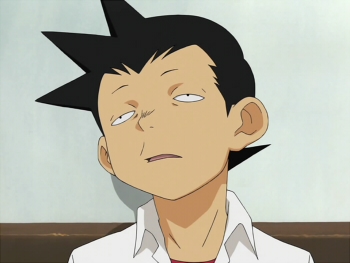 A boy who is the grandson of an acquaintance of Akutabe. His overall personality is parallel to Azazel, albeit a lot more bratty and verbally abusive. Examples of this includes sexually harrassing Sakuma on their first meeting and picks a fight with Azazel. He is contracted with Gusion. 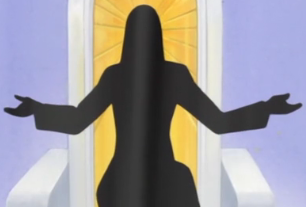 Ruler of Heaven and Angels. He has told angels to go down and fetch grimoires so that demons can be killed, properly. Bit of an odd guy, with a juvenile sense of humour and mastery of Impossible Shadow Puppets. Really doesn't like angels who fail him.