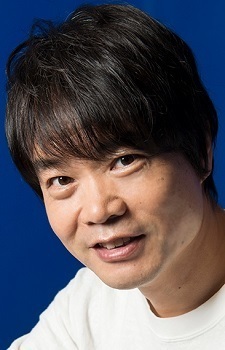 ARE YOU READY, TROPERS?! Kazuya Nakai is about to be des-grr-ibed here. PUT YA GUNS ON!

Calm down...shouting like that is against the Zero Theory garu...

Kazuya Nakai (born November 25, 1967, fondly called Nakapon by his fans) is a seiyuu best known as Roronoa Zoro from One Piece and Mugen from Samurai Champloo, but his role as Date Masamune in the Sengoku Basara series has given him memetic status. He entered the world of voice acting at the same time as Yumi Kakazu, in the same show.

His trademark role is usually one with a very rowdy personality, candidates for badass Jerk with a Heart of Gold, and more likely than not a samurai/swordsman. A lot of them are also The Rival or The Lancer. In contrast he's played some quiet characters, plus one or two cold-blooded psychopaths.

As a native from Kobe, he sometimes uses the Kansai Regional Accent in his roles.

Has relations with both Masakazu Morita and Sayaka Ohara.

HELL NO!! Why the hell are we partying!? When did Susumu turn into Harley Stingerson!?