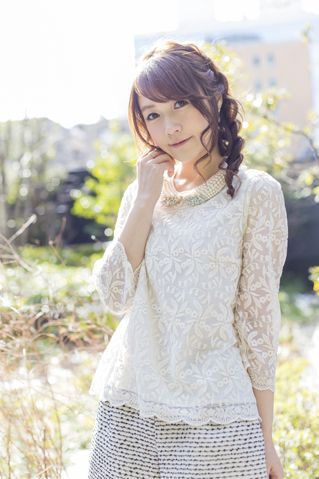 "Do you know who Rina Sato is?"

Rina Sato (born May 2, 1981 in Kitakyushi, Japan) is a seiyuu whose breakout role is Negi Springfield from Negima!. She usually voices Onee-sama girls, Bunny Ears Lawyers or Cute Shotaro Boys. Her characters seem to often have a thing for magic.

She joined the "feel-seventeen" cult by Kikuko Inoue and is a fan of archery.

She's got a few relationships with Daisuke Ono.

in the 8th annual Seiyuu Awards.

On the eve of New Year's Day 2017, Satō announced on her blog that in the past year she had married, and had also given birth to a baby boy.

Have a nice dream. See you in hell... And don't tell my father about it.
Also, are you really hiring me? I cannot say what calamities I may bring with me.