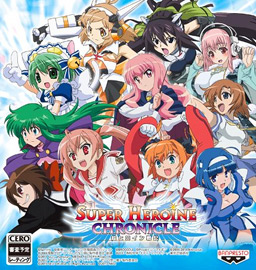 A crossover game by Bandai Namco Entertainment that features superheroines in addition to a bunch of Badass Normal(s) from ten different anime and manga franchises. It got released for both PlayStation 3 and PlayStation Vita.
Advertisement:

The ten franchises and their characters include:

. And the second trailer here.

Tropes include the following: