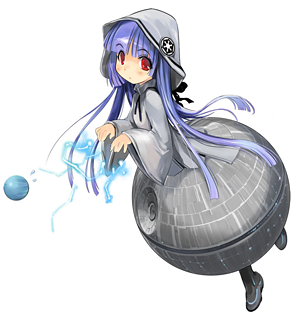 on Pixiv
"You took the hottest card in the game, and turned it into a five-year-old girl. You have issues."
— Seto Kaiba, Yu-Gi-Oh! The Abridged Series
Advertisement:

The mecha musume — basically, battle vehicles or Humongous Mecha rendered as cute girls — are a common form of moe anthropomorphism. Can also overlap with Cute Monster Girl if the moefied character is a monster. If the original character is male, Gender Flip may be a component, although boy implementations do occasionally happen, known as mecha danshi.