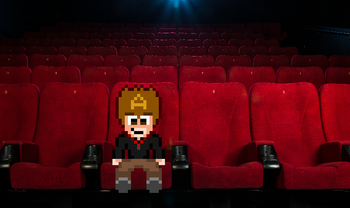 Aitor Molina Vs., mostly known as AMVs is a reviews and variety show starring characters played by Aitor Molina. The most distinctive aspect with other review-shows is a storyline and animated specials with a Shared Universe alongside franchises like Retropokon, Resenacion, The Enigma Archives and El Rincon De Lonkplays. It's also considered a Deconstruction of this type of shows. Some of his other creations include:

On 2015, some subplots were too hard to follow or relevant stories were cancelled. The third year anniversary special established a new continuity to erase those problems and make the stories more stand-alone. This resulted into the creation of the Revengeverse.