"Hi there people! Welcome to my channel! I make videos on games! Mostly Nintendo games. But I also make videos on other stuff! A lot of different things, really."
— The description for Akfamilyhome's channel 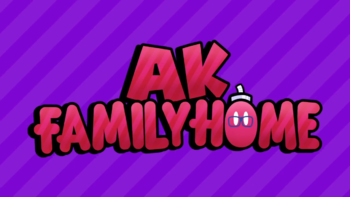 Akfamilyhome is a YouTuber from Hong Kong that mainly makes videos on Nintendo games. His reviews, trivia videos, and other major productions make up his "Core Videos" series, but he also uploads Let's Plays, live reactions, high quality video game rips, and more. His core videos and live reactions are posted on his main channel, Akfamilyhome, while his livestreams and rips are posted on his second channel, Akfamilyhome2.

, Akfamilyhome2 can be found here

, and his Twitter, SoundCloud, and Bandcamp can be found here