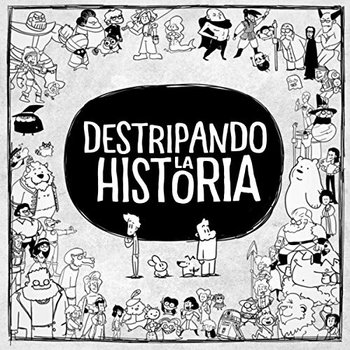 Destripando La Historia (Gutting History), also known as DLH, is a series of Spanish videos made by Pascu and Rodri, in which they make musical videos about the origin of famous stories or legends and illustrate them in the style of a Draw My Life and later with actual computer-assisted animation.

They are very popular in Spain and Latin America, with more than 4 million suscribers.

Their videos gained popularity due to their catchy songs, constant lampshading of tropes, and their pop culture and media references.

Tropes appearing in their videos: