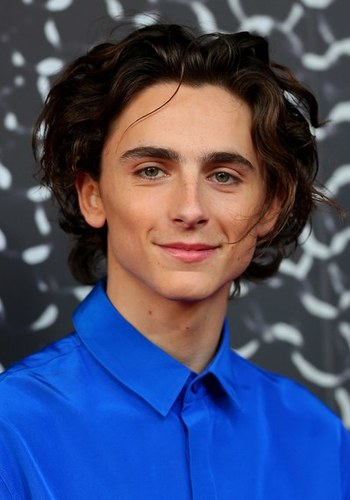 He was born in New York City, to a French father and an American Jewish mother. Chalamet's professional career began on television, appearing in the cable dramas USA Network's Royal Pains and Showtime's Homeland in 2012. During this time, he also guest-starred in an episode of Law & Order: SVU.

He later held supporting roles in the films Men, Women & Children (by Jason Reitman) and Christopher Nolan's Interstellar, portraying a younger version of Casey Affleck's character in the latter.

In 2017, Chalamet starred in two coming-of-age dramas that both received major critical acclaim. For his main role in Call Me by Your Name, he received an Academy Award nomination for Best Actor, making him the youngest person in that category to be nominated since Mickey Rooney's nod for Babes in Arms at nineteen in 1944. Since his breakout, he's been hyped up as being one of the biggest actors of his generation. He also landed the role of Paul Atreides in Denis Villeneuve's sprawling adaptation of Dune.

He speaks French fluently due to his upbringing. And his name's pronounced Timo-THAY Shala-MAY.